An island connected by bridges to the mainland, Mumbai is the industrial hub of everything from textiles to petrochemicals, and responsible for half of India’s foreign trade. Today it’s a teeming metropolis, commercial hub of an old civilization seeking to find its place in the New World Order.

The climate in Mumbai throughout the year is temperate being hot and humid in summer to being pleasant in winter. Its never too hot nor too cold. It rains quite heavily during the monsoon months of June, July and August. The climate is cooler at IIT than its surroundings – the reason is that it is located between two lakes and also surrounded by greenery.

During December and January the climate in Mumbai is pleasant. The air temperature will be around 25 degree C (75% relative humidity) in the daytime and around 15 degree C at night.

During May and June the climate is becomes hot and humid in the afternoons. The air temperature will be around 35 degree C (90% relative humidity) in the daytime and around 25 degree C at night.

The monsoon rains hit Mumbai in the month of June. The rains are quite heavy and last till the end of August. The climate becomes pleasant. The air temperature will be around 30 degree C (80% relative humidity) in the daytime and around 20 degree C at night.

The well structured tax system in India, with the authority to levy taxes is divided between the Central & State Governments. Direct taxes, like personal income tax, corporate tax and indirect taxes like customs duty are collected by the Central Government while State Government levies local and state sales tax. Tax revenue as a percent of GDP has been constantly on the rise.

A domestic company having entire management and control in India is bound to pay 35.7% tax to the Central Government. The nonresident Corporation has to pay 48% of the income derived in India from Indian operation; income that is accounted to arise in India and income that is received in India. Minimum Alienate Tax (MAT) is at the rate of 7.65% of book profit of the companies.

The tax incentives offered to the investors by the Government of India are a boon for firms involved in IT outsourcing to India. The incentives that facilitate economic growth and development are:

A 10 years tax holiday to ventures engaged in developing and / or maintaining and operating an infrastructure facility.

10 years tax holiday to undertakings, which generate and / or distribute power.

5 years tax holiday for companies providing telecom services including Internet services and broadband services. Also 30 % deduction from profits for the next 5 years in any 10 continuous years out of first 10 years is also offered.

10 years tax holiday is applicable to ventures that develop and /or operate or maintain in notified IT parks and special economic zones.

5-year tax holiday is available for new industrial units to be set up in backward states and districts.

Tax is deducted on exporter’s profits for unit set up on EPZ’s, STP’s, EHTP’s, FTZ and SEZ’s.

Tax concessions are allowed for FTI and a weighted deduction of 150% for scientific research and development expenditure have been offered. 10 years tax holiday is available for R&D companies engaged in scientific and industrial research.

I consider each and every one of you as my friend and I’m thankful for the chance I got to meet you and to work with you. 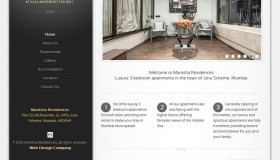